Collaborative Note-taking as an Alternative to Recording Online Sessions 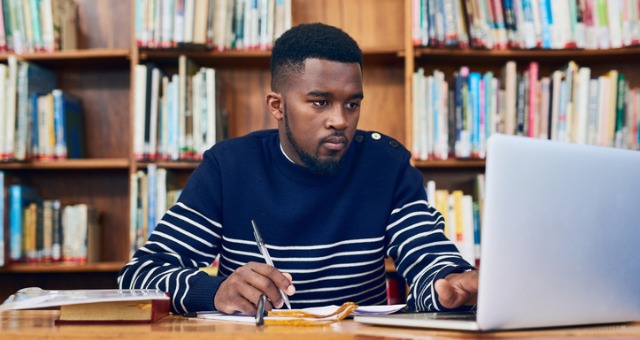 When the COVID-19 pandemic forced me to move my courses online, I recorded my synchronous online class sessions so students could review them later. However, student feedback and reflection on my course goals revealed collaborative note-taking as an alternative way to provide a record of each class session.

My first indication that recording class sessions might be problematic came halfway through the semester. One of my students, a first-generation student, I’ll call Erica, approached me to discuss her performance in the course. I was surprised to hear that Erica felt she was underperforming in class because she was consistently turning in excellent work. However, Erica thought that the class discussion revealed that other students had a deeper understanding of the material than she had. I had noticed that she did not regularly speak up during class discussions and suggested that receiving feedback on her thoughts would improve her confidence. She agreed, but confessed that participating in class was difficult for her because the class was being recorded. She did not like the idea that if she were to say something “stupid,” everyone in the class would watch it on the recording.

I had a similar conversation with another student in the course, a Black student who I’ll call James. In a previous face-to-face course, James was highly engaged and a regular contributor in class discussions. However, in the online environment, he rarely spoke up during class. I reached out to James to talk about his experience in the course. Like Erica, he shared similar feelings of inadequacy. He recognized that he wasn’t speaking up in class as often as usual but admitted that being recorded made him worry about having a “dumb mistake” get recorded.

Erica and James’ comments reminded me of Uri Treisman’s case study on Black math students that Claude Steele writes about in Whistling Vivaldi. According to Steele, Treisman observed that Black students, unlike their white and Asian peers, were intensely private about their work. They tended to study alone and did not talk about coursework outside of the course. This lack of feedback from other students often led students to feeling inadequate and made them rethink their fit in the university environment. Other researchers have reported these same feelings of isolation in first generation students of all races (Terenzini, Springer, Yaeger, Pascarella, and Amaury, 1996). Online learning environments can naturally increase students’ feelings of aloneness and isolation (Palloff & Pratt, 1999). What Erica and James told me was that, for them, being recorded increased their feelings of isolation and inadequacy.

Erica and James revealed the potential harm recording class sessions could have. Importantly, this potential harm was not outweighed by any benefit: Students indicated that they rarely, if ever, watched the recorded sessions. I searched for alternatives to providing a recorded session and instead, implemented collaborative note-taking (Harbin, 2020), which I am now using for the second semester.

In collaborative note-taking, students work together to provide a set of notes to share with the entire class. For each class session, I assign two students the task of taking notes. During class, note takers record their notes in a Google doc that I create ahead of time. After class, they are given an additional 24 hours to clean up the notes before the document is posted to our LMS. I assign note-taking pairs based on students’ assessments of their own ability to take notes during class. The rest of the students in the course are expected to continue taking their own notes during class and are allowed to make suggestions for additions to the notes.

Initially, I was worried that students might be overwhelmed by the task, however, they reported that being a note taker was not disruptive. They enjoyed the task and took ownership over the activity. Each of my classes developed their own ways to ensure the process was useful and manageable. For example, one class chose to use different font colors for the things that I said and things that other students said. To make following along more manageable, they decided that one of the note takers would be responsible for tracking me, while the other would record student comments.

A few students could not take notes during class for various reasons (e.g., some devices make toggling between a document and Zoom difficult). However, the class decided that those students could act as the “editor” and be responsible for cleaning up the notes after class ended.

Collaborative note-taking might not work for all course types and some material does benefit from repeated viewings. For example, when I present skill-based material, such as APA formatting or computing statistics, I record those sessions.

As a final note, all of the students appreciated having a set of class notes and reported referring to the class notes often. A few students admitted to being especially appreciative because they rarely asked their peers for a copy of their notes if they missed class. Importantly, because the notes were posted after class and did not record participants’ names, students were not discouraged to participate in class. Given the many benefits, I will be bringing collaborative note-taking back to my face-to-face courses when this pandemic finally ends.

Nikole Patson is an associate professor of psychology at the Ohio State University at Marion. She teaches courses in memory and cognition, language processing and development, cognitive neuroscience, and general psychology.

Steele, Claude M. Whistling Vivaldi: And other clues to how stereotypes affect us (issues of our time). WW Norton & Company, 2011.